Payra Port is the 3rd sea port of Bangladesh located in areas between latitudes 21015’-22000’ North and longitudes 90000’-90030’ East, on the bank of Rabnabad Channel under Kalapara, a sub-district of Patuakhali. Honorable Prime minister of Bangladesh has inaugurated the operational activities in limited scale on 13th August 2016, with minimum essential logistics supports. Since September 2019 the coal and other cargo carrying ships have been calling the port regularly. The government of the People’s Republic of Bangladesh has formulated short, medium and long term plans to develop Payra Port as a modern sea port. By 2023, Payra is expected to be a fully operational sea port through completion of capital dredging project as part of mid-term plan. Meanwhile, the master plan of the port has been prepared by Netherland-based consulting company Royal HaskoningDHV and it is expected that the port will emerge as a vibrant world class sea port in near future. With the following unique features, Payra Port can offer tremendous potential benefits for the potential users and investors:

The port is carrying out Capital and Maintenance Dredging of Rabnabad channel by world class dredging company Jan de Nul, which will deepen the channel to -10.5m CD, making the port the deepest in the country. As a result, ships of PANAMAX size will be able to enter the port.

Payra Port is being developed in phases following the feasibility report of HR Wallingford. The report divided Payra Port into 19 different components. Among them, 12 components are to be implemented by Ministry of Shipping and the rest 7 components by other ministries. They are as follows:

Components to be Implemented by PPA

Components to be Implemented by Other Ministries

The port’s master plan is given in Figure 1 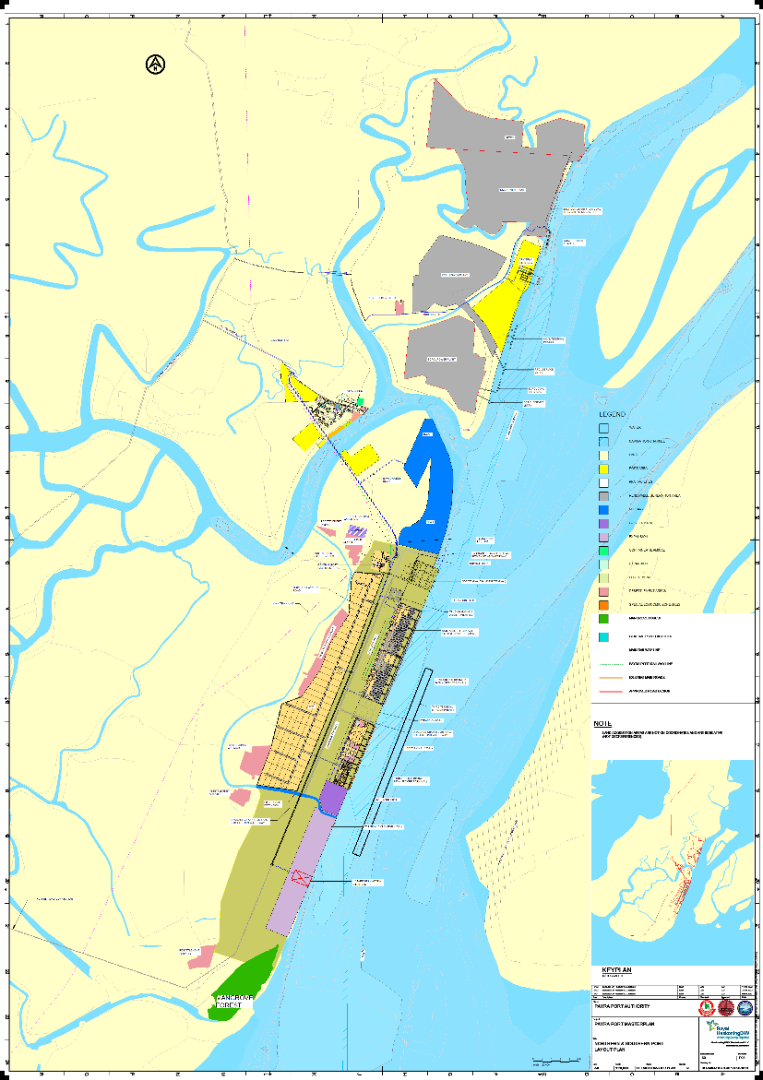 The infrastructures of the port are being developed gradually. The administrative building, warehouse and service jetty have been constructed. Eight different sea-going vessels have been constructed, of which there is a modern Tug Boat from world class shipbuilder Damen Shipyards. With these vessels, the port is able to handle the merchant ships, survey the channel and carry out conservancy independently. 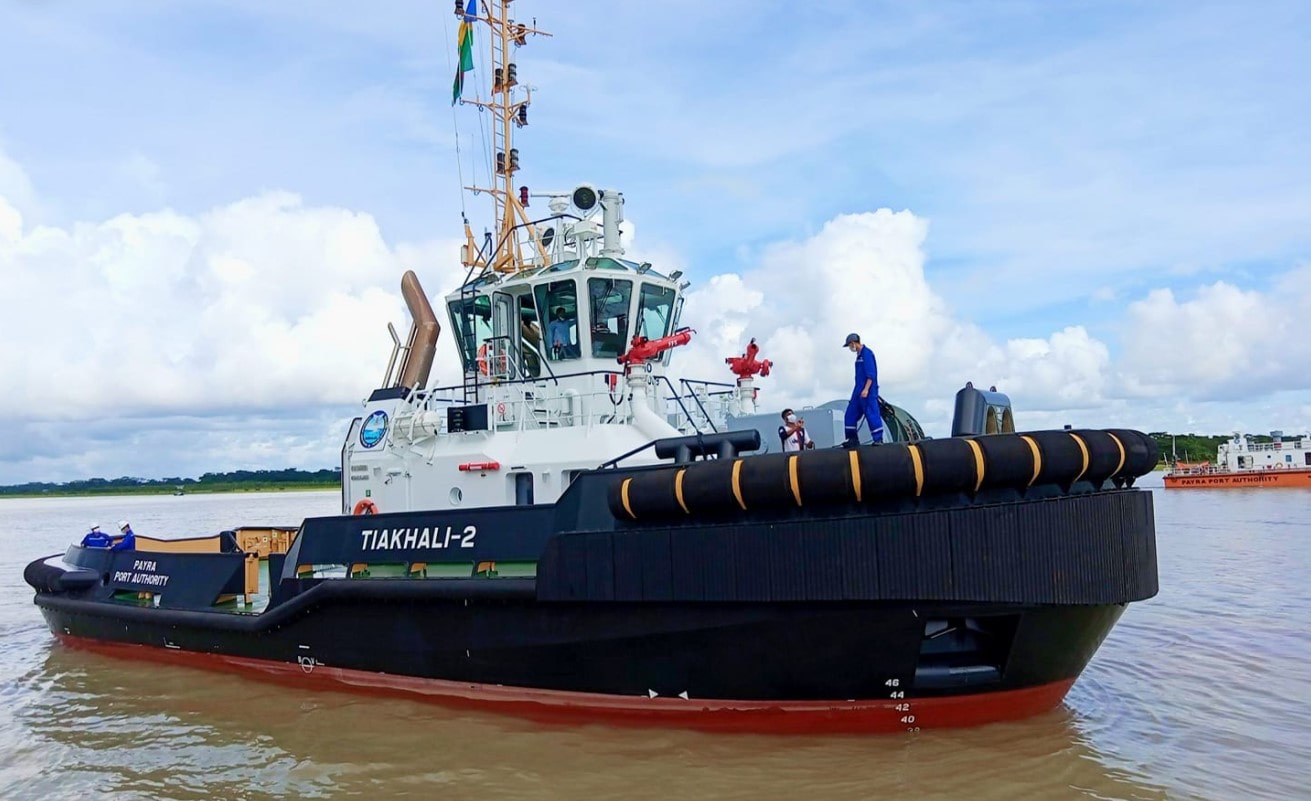 The most notable development of Payra Port is the construction of its First Terminal. It will be a multi-purpose terminal with 3 jetties, where Panamax size container and bulk cargo ships will be handled. The construction work is planned to be completed by middle 2023. 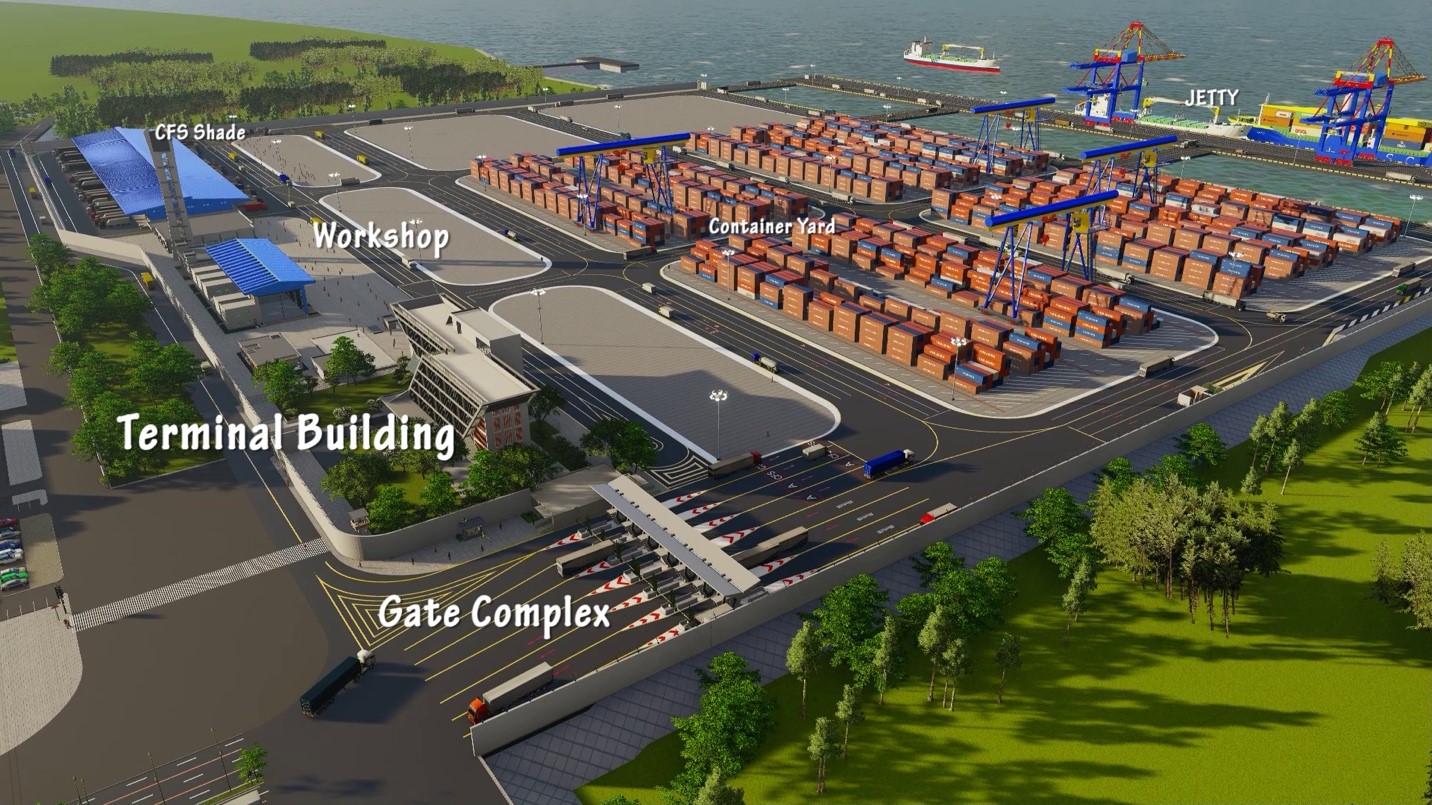 On 13th June 2021, Payra Port has signed an agreement with Belgian dredging company Jan De Nul, n.v. for capital and maintenance dredging of Rabnabad channel. It is the largest dredging work ever to be conducted in the country.

Details are given in the table. Picture of Rabnabad channel is also provided. 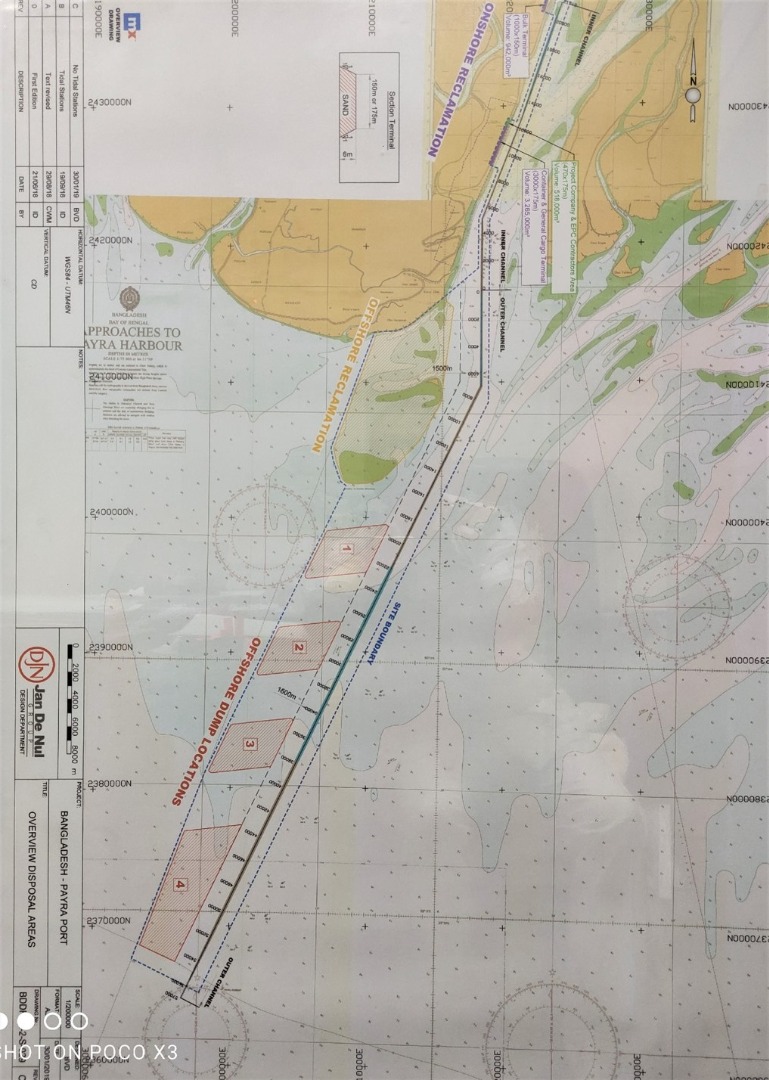 Todate (28 August 2022), 236 merchant ships have entered the port with different types of cargo. The port has achieved sufficiency in providing essential services like pilotage, tugs and survey to merchant ships. Besides, successful signing of capital dredging contract has been a milestone. The forecast by Royal HuskoningDHV states that Bangladesh’s container traffic will increase from todays 4.3 million TEU to 20.9 million TEU in 2050. Besides, other cargo volume will increase from the current 92.1 million Metric Tons to 360 million Metric Tons in 2050 (Figure 5). 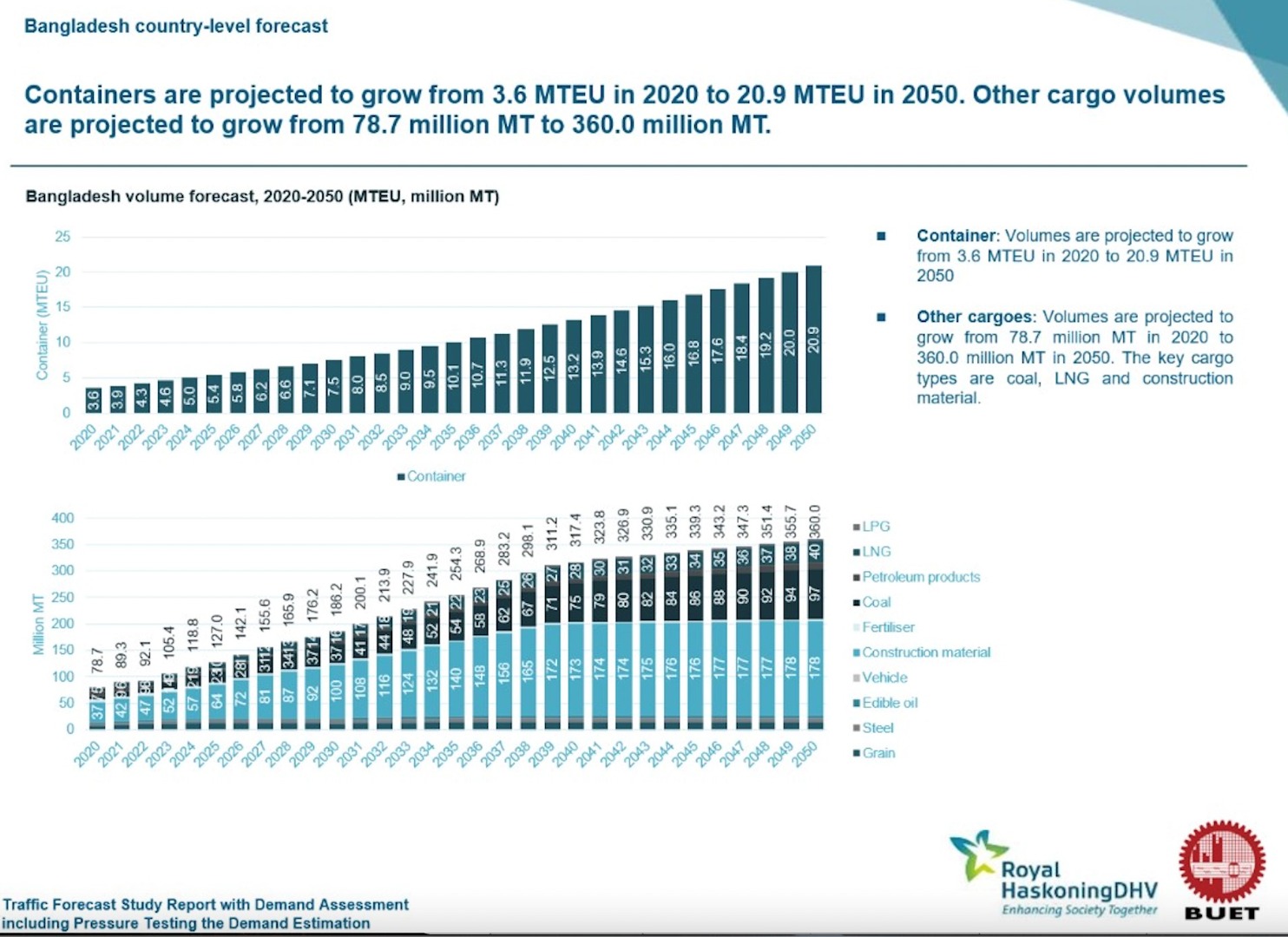 This explosive growth in trade offers great opportunities for potential investors to invest in the next economic hub, Payra Sea Port, specifically in building the following infrastructures:

Payra Port is determined to emerge as a vibrant world-class and fully compliant sea port in near future. Its development activities are advancing at a rapid pace. Honourabe Prime Minister has opened the Padma bridge and connected the port with the capital. With the great potentials, the port is going to become the next economic hub of this region. It is the opportune moment for the investors to invest in the capacity building of the port. With untapped potentials of the port, together with the high GDP growth rate and investor friendly environment of Bangladesh, the investors are sure to yield a high and long-term return on investment and contribute significantly to the country’s journey towards being a rich nation by 2041. 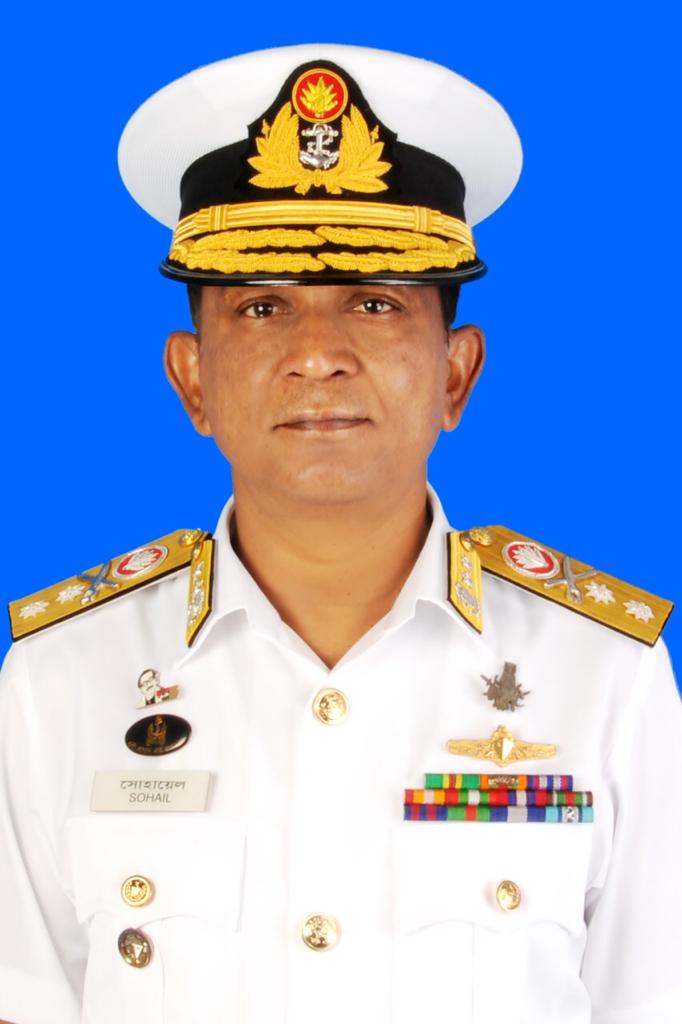